BRIAN JOHNSON ON THE MOUND FOR PAW SOX TONIGHT 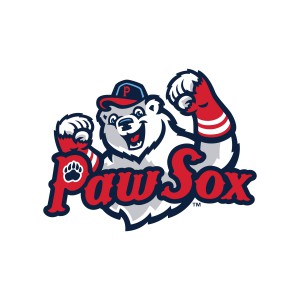 Seven Up – The Pawtucket Red Sox return to McCoy Stadium for the first of two 7-game homestands this month when they open a 3-game series against the Charlotte Knights tonight at 7:05 pm at McCoy. The PawSox, who will play the Knights six times over the next 11 days, host Charlotte tonight and tomorrow night at 7:05 pm and Wednesday afternoon at 12:05 pm. The Toledo Mud Hens then visit for a 4-game set this Thursday & Friday at 7:05 pm, Saturday at 6:05 pm, and Sunday at 1:05 pm. That will lead into Pawtucket’s only scheduled off-day in the month of June next Monday, June 15 before they head south to Charlotte on June 16 for 3 more games vs. the Knights and then a 3-game set in Gwinnett through June 21.

What a Difference a Year Makes – Charlotte finished with the worst record in the International League last year at 63-81, -12 GB in the IL South. This season, however, they have one of the best records in the league at 31-25 and find themselves in 2nd-place in the IL South just -1 GB of front-running Norfolk. Pawtucket meanwhile, fell into 4th-place in the IL North (on Thursday) for the first time since last July 7th and are now tied for 3rd-place and have remained a season-high -4 GB for the past four days (their largest deficit since last August 18). Pawtucket had been in either 1st or 2nd-place all season (and since last August 3rd in fact) until dropping into 3rd-place on May 27. They returned to 2nd-place on June 1 and 2, back into 3rd on June 3, and are now currently in 4th-place. Pawtucket earned the IL wild card last season and went on to capture their second Governors’ Cup Championship in three years last September.

Charlotte’s Web – The all-time series between Pawtucket and Charlotte is extremely tight as the PawSox are up 104-101. The PawSox are 48-54 at McCoy Stadium vs. the Knights but 56-47 in Charlotte. They were 52-47 at Knights Castle and 4-0 at new BB&T Ballpark in Charlotte.