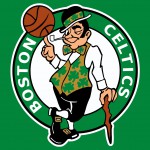 RE: The Celtics continuing to show “resilience and grit”
“It showed itself over and over tonight. You know, they – I thought they were great all night. I thought we ended the first half on a real flurry, but any time we got any semblance of lead or cushion they crushed it right away. I mean, to go from down six to up four the way they did in the last four minutes – it’s hard to do when this place is rocking like that. And they, you know, they have a heck of a team and really poised and hard to beat.”

Re: Did he feel lucky that JJ Redick and Ersan Ilyasova missed a lot of shots late in the game
“Well I think, Ilyasova hit the one in the fourth, Redick’s last shot was incredible that he made. He missed at least one open one that I remember vividly, where we just lost him at the start of the second half, and one in the fourth. You know, our goal on Redick is: you’re not going to play perfect, but you’ve just got to be there as much as humanly possible and hope there’s a cumulative effect. But that’s not usually the case. I thought we missed some shots too; that happens. But, you know, they’re special because they just keep coming. The (Robert) Covington threes were huge, the Ilyasova’s the one that he made, the (Dario) Saric three in transition, like (Joel) Embiid was a joke, how good he was tonight; guarding him in the post was really tough. So, they’ve got a lot of – a lot of guys that can do a lot of stuff.”

Re: Marcus Smart’s impact at the end of the game
“Yeah, and again at the start. Like, when things weren’t going as smooth, I thought he settled us down with his post-ups and with his play around the rim, and he made some great passes. He’s – he’s made for this. Like, he’s made for these moments, and that’s the thing that we just keep talking about. Like, we can go through a stat line all you want, but, when it’s – when your seasons are on the line and when you’re in the playoffs and when you’ve got to do really hard things, he can do really hard things.”

Re: Impact of putting Jaylen Brown back in the starting lineup
“With Shane (Larkin) out, we didn’t have a back-up point. If (Marcus) Smart or Terry (Rozier) would’ve gotten fouls early, we would’ve been forced to play them extended minutes without a break and I felt Smart was playing so well in the first half, I felt like we were trying to get through the first five minutes of the second to put him back in. But he was, you know, the nice part about Smart, Jaylen – like Jaylen comes back from his deal he started all year, he’s like, ‘I think bringing him off the bench is a great idea.’ I tell Smart, just ‘We’re going to start Jaylen,’ he’s good. We’ve kind of got a team like that. I think that starts with when you can do that with (Aron) Baynes all year. When older guys accept that, that really helps.”

Re: His experience with the Celtics, and what he and Danny Ainge envisioned when he arrived
“I could never have – when you get here, you’re flattered by the thought of the Boston Celtics and all you’re thinking about is the tradition and history. You realize that if you’re going to break records here, you’re probably going to break bad ones. Because none of the good ones are reachable. And so like, ultimately, you know you’re going to get a chance to play in a great city in front of great fans, and –- and the responsibility that comes with that, our guys feel. And I think that that makes you – no matter what people have predicted you will be, play at a togetherness and a toughness-level that is okay in this town. And I think that that’s really important. Our guys really embrace that. The thing that I would say is that I always hoped we would get to the point where if things don’t go our way, we’re still extremely competitive because we have a – kind of a foundation in place. And, again, that’s not a given but things haven’t always gone our way, but these guys are really talented, they’re really tough, they fit Boston, and hopefully we’ll keep playing well