Bottom line is, Big Papi’s story is just not believable 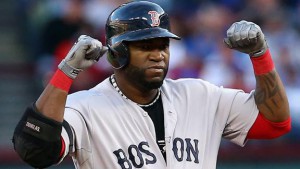 For Red Sox fans, there is no figure more beloved than David Ortiz. It is in Boston where Big Papi became Big Papi, and no Red Sox player in the modern era is more decorated than him.

In a city where their boys of summer heroes were known only for individual accomplishments for almost a century, Ortiz embodies the excellence that three World Series titles in ten years lends to one’s resume. If I were given a vote five years after he walks away from the game he has dominated for the dozen plus years he has called Boston home, I would no doubt put a check mark next to his to be the first designated hitter to be inducted to the Baseball Hall of Fame on his first ballot.

That being said, I am not buying what he is selling on Derek Jeter’s website. In a game that is dominated by numbers – batting average, runs batted in, home runs, etc., etc. – Big Papi’s story just doesn’t add up.

Ortiz, no doubt through some sort of ghost writer, says in his piece on The Players’ Tribune the following:

In some people’s minds, I will always be considered a cheater. And that’s bullshit. Mark my words: Nobody in MLB history has been tested for PEDs more than me. You know how many times I’ve been tested since 2004? More than 80. They say these tests are random. If it’s really random, I should start playing the damn lottery. Some people still think the testing is a joke. It’s no joke. Ten times a season these guys come into the clubhouse or my home with their briefcases. I have never failed a single one of those tests and I never will.

First of all, the number of times Ortiz has been tested has been disputed by many. NBC Sports Hardball Talk’s Craig Calcaterra took the slugger to task in his piece shortly after Ortiz’s post went public. He rightly points out that in order to be tested that many times, Papi would have had to have already failed a test, most likely for amphetamines. Calcaterra writes, “But, until very recently, players were not suspended for first offenses for amphetamines. They were put into mandatory drug counseling, not suspended. And their names were not released to the public. They were, however, subjected to “the program” and its stepped-up testing.”

Let me just say here that I am not one of those who says that baseball players should be “clean.” What does that really mean? Since the 1940’s players have taken “greenies” and other supplements for help getting through an arduous schedule that spans six months out of the year. Advancements in the medical field and nutrition have led to longer, more productive careers for many ballplayers. And while I would never advocate the use of steroids, which have been proven to have life-threatening effects to those who use them, something like Human Growth Hormones, when prescribed by a reputable physician, should be available to those who wish to use them. In fact, one could argue that both the game and the players would be better off if they were.

Aside from the debate over where the line gets drawn on what is legal and what isn’t, let’s just set the record straight. What Ortiz was doing on Jeter’s website is making a case for his induction to the Hall sometime around the year 2022 or so when he is eligible, and much like a politician spinning his record, he was not being totally truthful.

Ortiz used something illegal, and he knows it. Heck, the tests prove it. Whether he injected something or ingested something, doesn’t really matter. He was aware of what he was doing, that GNC story he spun is old and tired.

And who can blame him? As Ortiz proudly states in his post, he is a self-made man. Life is rarely fair, and the start of his life was far from it. As Papi pens in his piece, “Let me tell you about fair. I grew up in a neighborhood where there was a shooting every day. Every single day. I didn’t know if I was going to step outside to go play at the park with a f***ing tape ball and a stick and get shot. I saw people get killed right in front of me. I grew up in a house where my father used to hit my mother. There was a fight in my house pretty much every other day. It was normal. I grew up in a house that didn’t have the luxury of proper nutrition or vitamins. A protein shake? Are you kidding me? The only protein I knew about until I was 16 was frijoles negros. Black beans.“

He is proud of what he has become and he should be. He is also very concerned – perhaps to a fault – of what is said and written about him in public.

Look, let’s face it, if given the choice between having a cup of coffee in the big leagues or signing multiple generational changing contracts for your family by simply adding a suspect supplement to your daily regiment, there are very few among us who wouldn’t turn a blind eye to “cheating,” and would just do it. Make no bones about it, if faced with the same decision, I would “use” in a heartbeat. And if you don’t pause to think about doing the same, you are simply lying to yourself.

However, none of this changes the fact that Ortiz is delusional when he thinks he can explain away a positive test by simply (ghost) writing a story that Red Sox Nation will suck up like a cold Bud Light on a hot summer’s day. I just don’t get why these athletes who were tainted by the steroid era – Roger Clemens, Barry Bonds, Alex Rodriguez, and yes, Ortiz – don’t just say, “I screwed up and I am sorry,” instead of continuing to think that the general public is dumber than a fifth grader, and that if you say it enough times it has to be true.

Sorry Sox fans, I don’t buy it and neither should you. I, like you, will be at the edge of my seat every time Ortiz is at-bat in a big situation this summer. And when he is done, I will be one of those guys who tells my grandchildren about the dominate Dominican who changed baseball in Boston forever.

The difference between the story I will – if the good Lord sees fit to let me do so – tell my grandkids and what Ortiz wrote on Jeter’s website is, my story will be based on fact, not fiction.  As sadly Papi’s story seems to be.