Bill Belichick…”really proud of our players, did a great job.” 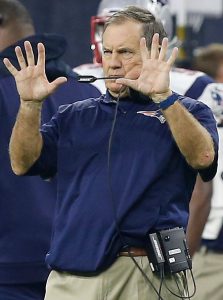 BB: This was a great football game. Really, as I said out there, really proud of our players, did a great job. We didn’t really do things as well as we’d like to have done them at times in the game, but they battled. They kept competing. In the end, we made enough plays in all three phases of the game. A lot of guys stepped up and that’s a good football team. Coach [Doug] Marrone, his staff, Jacksonville – that’s a really good team. But I couldn’t be prouder of the way our guys played, competed, fought and in the end executed, made the plays that we had to make to win. We’re happy to be moving on.

Q: How do you ride the emotional wave of a close game like that?

BB: Yeah, look, it’s the AFC Championship. You’ve got two good teams. That’s about what you expect it to be, to come down to the last possession, come down to the final play – play or two – whatever it is. It’s what we saw last week in a lot of playoff games. We’ve been in plenty of those before. You get two good teams and it comes down to a handful of plays. 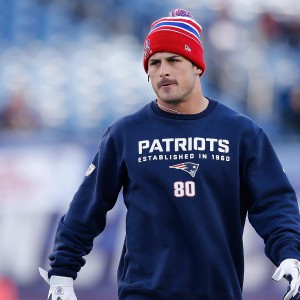 BB: Danny’s a tremendous competitor, made some big plays for us. I thought, as usual, he handled the punts great and he had the last punt return that really set us up for the final touchdown. Danny’s such a good football player. When you look up ‘good football player’ in the dictionary his picture is right there beside it. It doesn’t matter what it is. Fielding punts, third down, big play, red area, onside kick recovery – whatever we need him to do. He’s just a tremendous player, very instinctive, tough, great concentration. He had some big plays for us today.

Q: What are your thoughts on Tom Brady after what went on in and outside the locker room and how he performed today?

Q: Did anything change with the game plan due to the injury to Tom Brady’s hand?

Q: Can you speak to the toughness of Tom to deal with something like that injury and then perform the way he did in the game?

BB: I mean, look, Tom did a great job and he’s a tough guy. We all know that, alright? But, we’re not talking about open-heart surgery here.

BB: I don’t know if it was aggressiveness. Maybe it was a little bit better execution. We made some plays that we needed to make. Yeah, the third-and-18 was a huge play to get us out of a hole, to get us started on that drive. Again, it’s that kind of game. We didn’t do a lot of things well in the first half. We didn’t play very well defensively. We didn’t play very well in the red area, couldn’t convert any third downs. I know it just wasn’t the way we wanted to play the game. We fell behind and made more plays at the end, played better defensively, played well in the kicking game, played well offensively when we needed to. I think that’s really the mark of this team and these players, is when we need it the most that’s when we played our best. Fortunately, we were able to do that today.