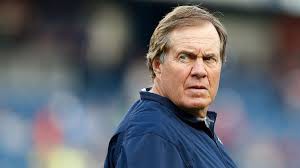 “Well, we obviously didn’t do enough things well enough today to win. I thought that was a problem across the board. We’ve got a lot of work to do before our next game so that’s what we’ll do; we’ll get back at it.”

What was the mindset going into the game offensively?
“Same as it always is, move the ball and score points.”

In the first half, the split between the 21 rush attempts and the 5 passes, how much of that was based on what they were showing you defensively with the heavy emphasis towards the running game?
“I don’t know.”

What were your thoughts on Steven Jackson upping his workload and what he gave you today?
“Yeah, I mean it was good to have him out there. We’ll see, we’ll take a look at it.”

What were your thoughts on the offensive line, it seems like there were moments when they struggled?
“I just said I don’t think we did anything well enough today, so that includes everything -coaching, playing, offense, defense, special teams, everything. That’s everything.”

Was there much consideration put into maybe taking Tom Brady out of the game after he suffered what looked like a little injury in the first half?
“What are you talking about, I mean everybody played.”

When you get into the playoffs and everybody resets, is home field advantage kind of overrated?
“You know, we don’t really have any control over that. I mean, whatever it is, it is and wherever we play, we play. We’ve just got a lot of work to do.” Read