BB: Alright, this is really a big week for us. [We’re] watching Seattle. We’ve had a lot of chances to watch them going all the way back to last week and certainly through the weekend this week. There’s no team or organization I have more respect for than the Seattle Seahawks. I think that John [Schneider] and Pete [Carroll] have done a tremendous job with that organization. We’ve spent a lot of time studying what they do both on the field and in terms of their building – team building. So we’ve learned a lot from them from the outside, obviously. I have tremendous respect for Pete, the way he coaches the team, the way they play. They have great physical toughness, mental toughness. They compete extremely hard. [They’re] one of the best teams, one of the best organizations that I’ve gone up against in my coaching career. I just have tremendous respect for them. They have great players in all three phases of the game. It will be a big challenge for us. They have tremendous talent and they play hard and they’re tough, so really kind of no weaknesses. They can run the ball, stop the run, they can throw it, they can defend it, cover kicks, return kicks, I mean you name it. They do it for 60 minutes, they do it every week, they do it against everybody wherever they play, whoever they play, whatever the situation is. There are no plays off with these guys. As I said, I think this is obviously a very good football team, a tough football team and a team that we have tremendous respect for, so this will be a big challenge for us this week to have a great week of preparation, be able to follow that up with a strong performance Sunday night, which we know that’s what it’s going to take and that’s what we’re pointing to. I’ve received a number of inquiries relative to a note that I wrote to Donald [Trump] on Monday. Our friendship goes back many years and I think anybody that’s spent more than five minutes with me knows I’m not a political person. My comments aren’t politically motivated. I have a friendship and a loyalty to Donald. A couple of weeks ago we had Secretary of State [John] Kerry in our locker room. He’s another friend of mine. I can’t imagine two people with more different political views than those two, but to me friendship and loyalty is just about that. It’s not about political or religious views. I write hundreds of letters and notes every month. It doesn’t mean I agree with every single thing that every person thinks about politics, religion or other subjects. But I have multiple friendships that are important to me and that’s what that was about. It’s not about politics. It’s about football. We have a huge game this week against a great football team, a great organization and that’s where it all is going forward on Seattle.
Q: Were you happy or annoyed that Donald Trump read the letter?
BB: Seattle 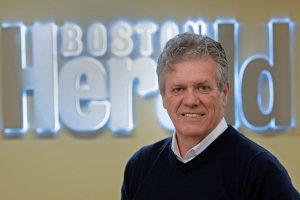