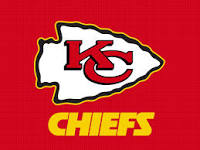 AR: As far as the injuries go, Charcandrick West had a sting [and] came in and out and then [Chris Conley]. Then [Jeremy Maclin] did as much as he could do before it tightened up on him. Then Justin Houston never quite got all the way over the hump there, so he didn’t play much. My hat’s off to the New England Patriots – what a great job they have done this year. [Bill Belichick] does a phenomenal job here and it gives us a great example of where we need to be, so this is a good experience for us and that’s the way we’ll take it. We’ll learn from our mistakes and how you go about your business if you want to continue to play in the postseason, but I’m proud of my guys. They battled like crazy this year and came up a little short, so we’ll be a better team for it next year.
Q: You guys were unable to do a lot of things that got you this far today. Was it just the quality of the opponent and what those guys were doing or was there more to it?
AR: I thought they did a good job. You’re playing the reigning Super Bowl champs. They got healthy and had everybody out there and when you get to this level that’s the way you need to roll. I think they did a nice job offensively, defensively and on special teams.
Q: When you look back at your ability to keep them in down at the two-yard line when they had that 98-yard drive, what do you think enabled them to get out?
AR: We obviously didn’t cover on the deep one, but you’ve got to take advantage of those situations when you’re backed up like that. [Tom Brady] was doing a nice job today throwing the football. Likewise on the offensive side, you can’t have turnovers, right? You can’t do that, so you’re moving the football. Again, these are things that we can learn from and I’m telling you this is a great opportunity to learn from this if you’re willing to keep your eyes and ears open.
Q: This appears to be a different offense with Julian Edelman. Why is he such a tough matchup? Read
AR: Well you get Danny Amendola, [Rob Gronkowski] – you’ve got three guys in there that are good players and there are certain combinations that you can do with [them] and they do a nice job with it. The last couple of games they had run the ball quite a little bit and this one here, they came out and threw almost every down in the first half. I’m not sure they ran it one or two times.
Q: Can you explain your clock management towards the end?
AR: Towards the end [of the game] or in the first part of it?
Q: Towards the end of the fourth quarter there…
AR: So we went hurry-up offense. You do that normally when you’re down by two scores and so, time was of the essence. We got down to the one-yard line and we ended up going backwards, but we ended up punching it in there, too. I’m not exactly sure what you’re talking about, but I thought that…