The House of Blues rarely sees crowds like the one there this past Wednesday night. Normally, the House of Blues sees a crowd of flower head piece wearing and beard growing hipsters in their mid 20‘s gathering for some indie band no one’s every heard of. But not this time.; that crowd was nowhere to be found.

If there was any indication on the average age of the crowd that night, it would be the very short line at the bar. College and school-aged kids (many with parents by their sides) gathered for the Andy Grammer concert this past Wednesday night. I think it’s safe to say that many of these kids saw their very first concert that night. 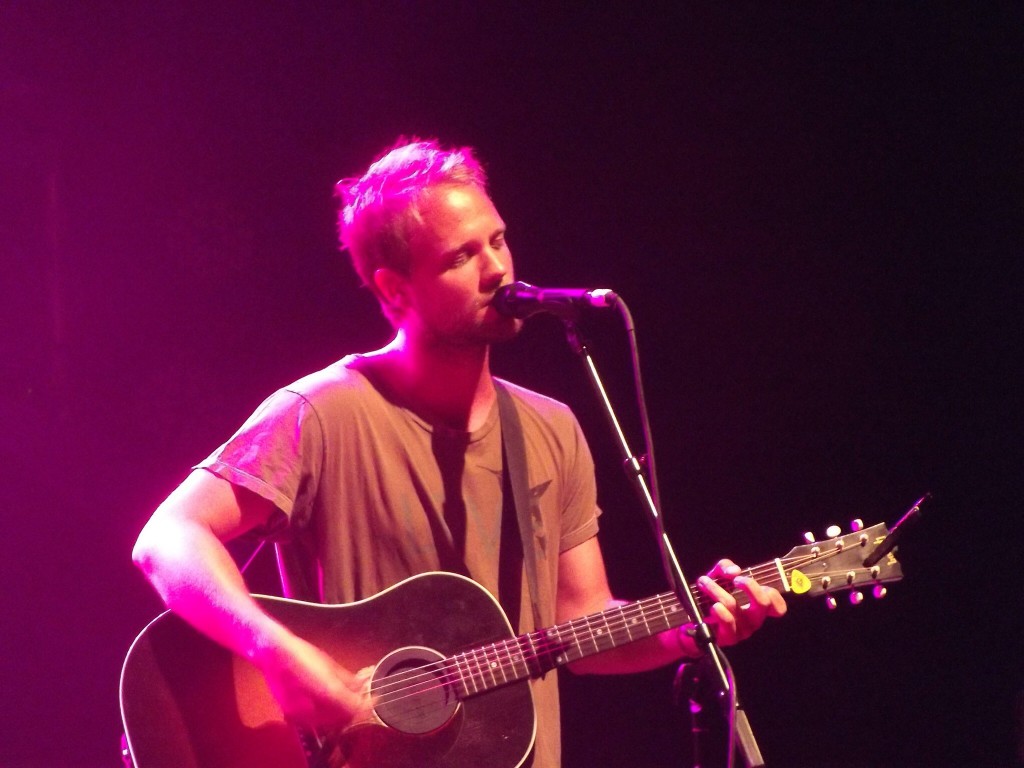 Often times, the opening acts go on forever and by the time the headliner comes on, I’m ready to go home. Not this time! This is the one concert where I enjoyed listening to the openers more than the headliner. Grammer’s two openers were singer-song writers, Brendan James and Andrew Whipp.

Brendan James, hailing from Massachusetts himself, is a singer-songwriter whose songs make for a good road trip and an even greater dinner party. With just a piano and drum set, James played about 7 songs, including his most popular hit “Green” from his album “The Day is Brave” (look it up!). Charming, hip, and extremely talented , I really enjoyed James’ performance and I highly recommend seeing him when he comes back to Boston on September 18th where he’ll be the headliner at Café 939.

Whipp was absolutely hilarious and would probably make a successful stand-up comedian, if he weren’t a musician. But I’d say he’s doing pretty well at that too. All the way from Tennessee, Whipp has a sound similar to James, but the personality of 1,000 James’. He played for the same amount of time and his charisma really made for a great performance and completely stole the show.

If anything, I enjoyed Brendan James’ and Andrew Whipp’s performances so much that I was satisfied to go home after they were both done, then I remembered I was actually there to see Andy Grammer.

Grammer started his set off with one of his biggest hits to date, “Fine By Me”. If there’s one thing I love to hear at concerts, it’s when the artist sounds just like their radio recording, and that was Andy Grammer. It was like I was listening to a recording of him singing and the audience was loving it. His energy, the crowd’s energy and his style of music made the concert feel more like a summer night block party or a Spring Weekend in college.

Playing various styles of music including a few covers such as “Hold On We’re Going Home” by Drake, the crowd loved every second of it and the energy never faltered once.

Although Grammer only has a few hit songs, his fans are some of the most loyal fans I’ve ever seen. Every song Grammer sang, popular or not, they sang along with him and knew all of the lyrics. It’s fans like these that artists want and ones that they rely on to keep them going. And since these fans are so young, you can bet Grammer’s gonna be around for a long time.