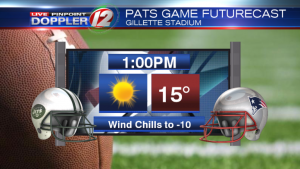 FOXBOROUGH, MA – As we were leaving Sunday’s coldest regular season game on record at Gillette Stadium, I noticed a huge pile of blankets at the exit.  At first glance I just assumed they were being discarded by fans who didn’t want to carry them back to their cars.  It wasn’t until later when I investigated a bit, did I realize those tossed blankets were going to a great cause. 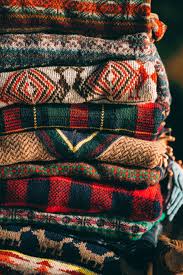 Tomorrow a group of Patriot representatives will present 600 of the 1,200 donated blankets to the Pine Street Inn in Boston.  Just in time too…after today’s blizzard and predicted coldest days so far this season coming up for Friday and Saturday, these blankets will be important to keep people warm.

After the game on Sunday against the Jets, the blankets that were collected were cleaned by staff at Gillette Stadium and folded up for distribution over the next week.  Along with the blankets donated by fans, the Patriots organization will also be donating winter hats and gloves.

The remaining 600 blankets will be distributed to one selected shelter in the five remaining N.E. states.  The Patriots express their thanks to all of the fans who donated blankets and for all of those who participated in getting them ready for distribution.